The vote showed definite support for CITB’s continued levy-raising powers, across employers of all sizes. More than twice as many contractors favoured retaining the levy than removing it.

This comes at the end of the CITB’s triennial consensus process, during which 14 federations and 4,000 non-represented employers were asked whether or not they support the proposed levy rate.

Following CITB’s biggest-ever consultation with industry, the proposed levy rate for this year was set at 0.35% for all PAYE employers, down from 0.5% in previous years. The subcontractor NET CIS rate remains at 1.25%.

Final results from the independent employer survey and responses from consensus federations reveal that 76.9% of employers across Great Britain support the levy, representing 69.7% of the total value of levy paid in, according to results released by the CITB.

Across the three nations, 10 out of the 14 federations voted in favour of the levy while the survey of non-represented employers showed support at 72.4% based on the number of employers and 66.1% based on the value of levy assessments.

The survey also revealed that the majority of firms of all sizes support the levy – 74.2% of large and medium firms, 75.9% of small firms and 71.6% of micro firms all voted in favour.

CITB chief executive Sarah Beale said:  “The results are clear – construction firms across Great Britain have come together to commit to deliver a skilled construction workforce for the next three years. The consensus process this year has been rigorous, robust and inclusive – with more employers consulted than ever before.

“Whilst we have been backed by our industry, we’ve heard the calls for change loud and clear. Be assured that we will continue listening to industry and along with recommendations from the government’s upcoming review into industry training boards, will use all we learn to inform our reform process.

“We are completely committed to modernising our organisation by renewing governance, ensuring accountability and improving outcomes. It is what industry expects and we will deliver.”

The results will now be submitted to the Department for Education for verification and approval before the secretary of state asks parliament to approve the new levy order.

However the federations reinforced a clear message from members that, while industry had given CITB its support, it expects that this will be followed by significant reform.

In particular, contractors are looking for a new approach to governance that reflects the industry as a whole and its complex supply chain, and for greater certainty about the future of grant funded training and a simpler approach to funding applications.

British Woodworking Federation chief executive Iain McIlwee said: “We welcome the outcome of the consensus process. Our members gave us a clear mandate, but not a vote for the status quo. We are now looking forward to working with a reformed CITB.”

Build UK chief executive Suzannah Nichol said: “We now have a golden opportunity to build on the foundations of CITB, to create a strong, effective skills framework that benefits us all. CITB needs to fundamentally reform and be accountable to the industry, but it can only do that if we all play our part and make sure we are clear in our ambitions and expectations.”

Civil Engineering Contractors Association chief executive Alasdair Reisner said: “Our members were clear that they continued to support CITB, but wanted it to build on the positive moves to reform that we have seen in recent months. Today’s announcement lets that process get underway.”

Federation of Master Builders chief executive Brian Berry said: “We are sending a clear message to CITB that it must reform and it must demonstrate a much better return for the industry than we are currently seeing. The FMB and its members decided on balance to give our backing to CITB to continue, but opinion among FMB members was divided and many of our members remain very sceptical that the levy is delivering what it should be. Above all, we need to make it easier for small firms to access funding and there must be much better representation of SME contractors within the governance framework of CITB.”

Hire Association Europe managing director Graham Arundell said: “HAE in-scope members have given conditional support to the CITB Levy proposals for 2018-20. We want the pace of change and reform at CITB to be intensified, with a greater level of support for supply chain specialities, such as hire and rental, and for SMEs. A simpler grants system which responds to market needs and not those of a bureaucracy is vital. Nationally, there remains confusion about having both the CITB Levy and an Apprenticeship Levy. We want government and CITB to work together so levy-payers have greater clarity about the respective funds and their allocation.”

National Federation of Builders chief executive Richard Beresford said: “A training board that works with the industry to deliver skills when and where they are needed is construction’s best option. CITB’s reforms, coupled with better SME representation to better reflect our industry, could deliver on construction’s potential.”

NFDC members have supported the CITB levy order by a clear majority with a strong message that they expect to see promised reforms implemented as soon as possible.”

Cast Consultancy chief executive Mark Farmer, whose government commissioned report Modernise or Die last year recommended CITB reform, said: “I’ve made it clear the future of the industry has to be very different; that means CITB must be very different too. We’ve seen some positive signs from CITB, particularly with the reports around immersive learning and offsite construction. Now we need to see the big changes that are going to make our industry’s training body fit for purpose long term.”

Redrow Homes chief executive John Tutte said: “The CITB need to modernise, particularly to meet the needs of the house-building industry.  They should take this levy vote as a stimulus to update their business model so that it can better support our industry. I am encouraged that this is recognised and I welcome indicators I have seen that serious reform is on its way. I am confident the housebuilding industry will offer its full support to the CITB to deliver the changes required.”

Morrisroe Group chief executive Brian Morrisroe said: “This is a positive result for both the CITB and the industry it represents. I hope to see greater openness and accountability in the new delivery model.  Now that the decision has been made and the uncertainty removed, I hope that our industry can work together with its training board to ensure that it successfully recruits, trains and retains talent.  Employers must do their bit in this regard and will, I hope, champion apprenticeships throughout their businesses.”

Not everyone is so enthusiastic, however. The Home Builders Federation said that 89% of its members opposed keeping CITB as the lead body for construction training.

CITB said, though, that support fro the levy proposal came from across England, Scotland and Wales. 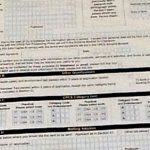 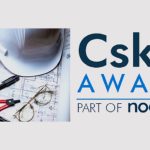