The private company that has taken over management of the Construction Plant Competence Scheme (CPCS) has come out and apologised after plant operators found themselves unable to renew their cards.

NOCN Group, which now administers the card scheme, has also put in place an emergency plan to tackle the backlog it is facing in card applications.

More than 200,000 workers who operate large plant on construction sites rely on the cards to access employment. Without their cards, they risk being thrown out of work.

“We would like to apologise to all customers for the problems that NOCN Job Cards are having in issuing CPCS and CISRS cards,” NOCN said.

On 1st December 2019 NOCN fully took over the issuing of CPCS and CISRS cards from the Construction Industry Training Board (CITB). Despite best endeavours, the transfer of responsibilities has been far from seamless.

“There have been a number of data/administrative/technical issues that have occurred due to the inflight transfer of such large and complicated card schemes,” NOCN said. “This has resulted in a backlog in processing applications that were made in November and December 2019.”

It added: “We are very sorry for the impact of this on customers’ ability to work and the frustration that this is causing. We are working very hard, together with our service providers to rectify this problem as quickly as possible. CITB are being especially proactive and providing substantial support. Please be reassured that an emergency plan has been put in place and a taskforce deployed to get on top of the backlog as soon as possible.”

NOCN said that new applications for CPCS cards, which can be processed automatically, are being processed within 15 working days.  But for CISRS it is a manual process so time scales are longer. “We are printing hundreds of cards per day and are actively catching up already,” it said.

The Unite union said that the CPCS card scheme was “not fit for purpose”. National officer for construction Jerry Swain said: “It is essential that problems to the CPCS card scheme are swiftly resolved. A backlog in renewing and issuing cards is denying skilled workers the ability to earn a living.

“If the problems are not swiftly resolved then the entire scheme will be undermined, which will result in major safety implications for the industry.” 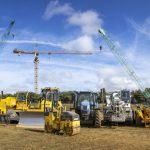